Script book, start and end title design for a short film directed by the 'Spielberg of Hereford' Neil Oseman. 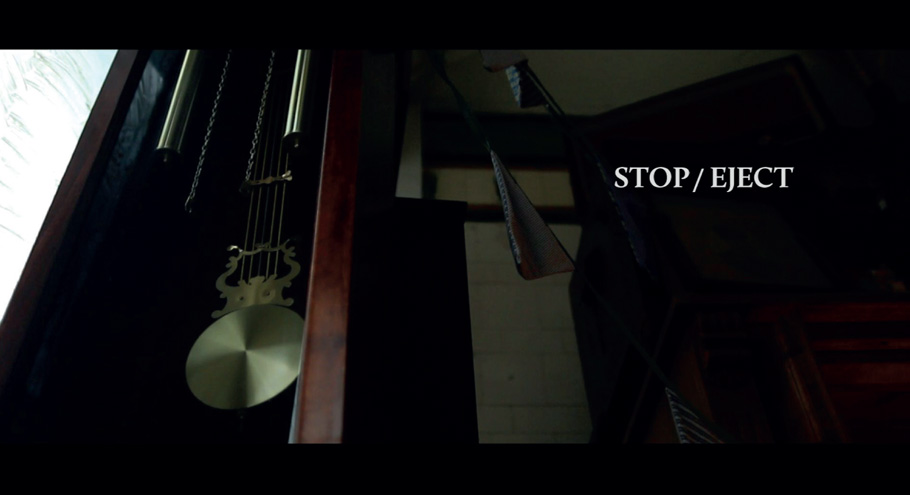 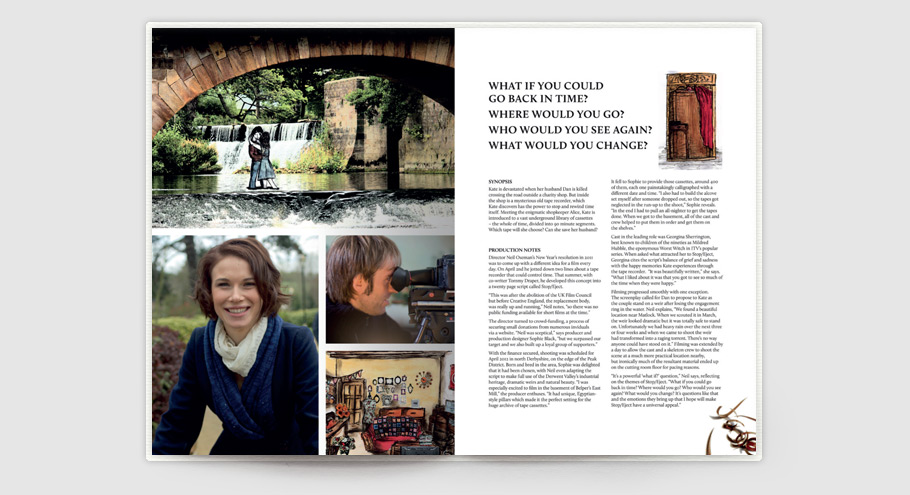 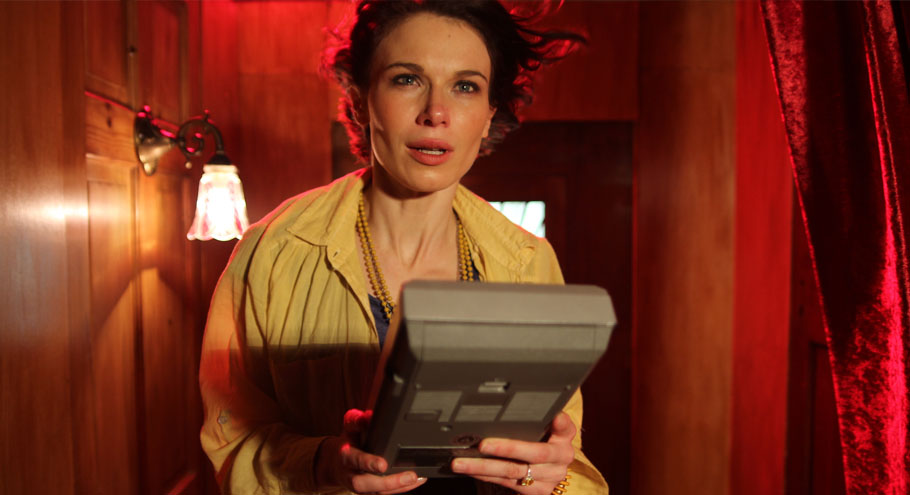 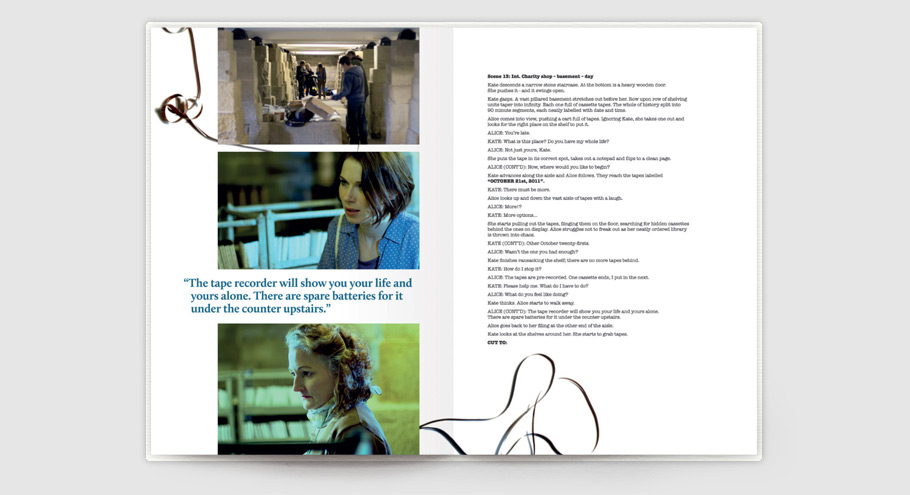 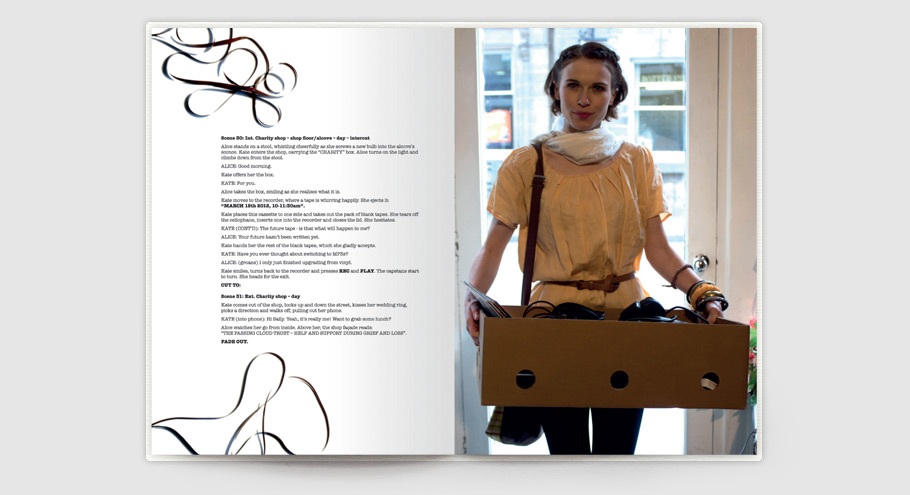 Stop/Eject is a short film by Herefordshire based director Neil Oseman. The film is a fantasy drama about lost love, and stars Georgina Sherrington (known to many as Mildred Hubble from The Worst Witch) and was mostly financed through crowd funding.

I was introduced to Neil through my design work for the Worcestershire Film Festival and commissioned to design a 28 page illustrated script book to formed part of a press pack given to film sponsors. Neil provided me with a wealth of images, including stills from production and behind the scenes shots. The design included my own photography of twisted cassette tape, which is integral to the plot’s main theme. Following the success of the script book, I was commissioned to design the start and end titles of the film to mirror the style.

The film was well received and was shown at festivals around the world.

Watch the full film below.

See the services I offer and my design beliefs.

Get in touch about your next project.